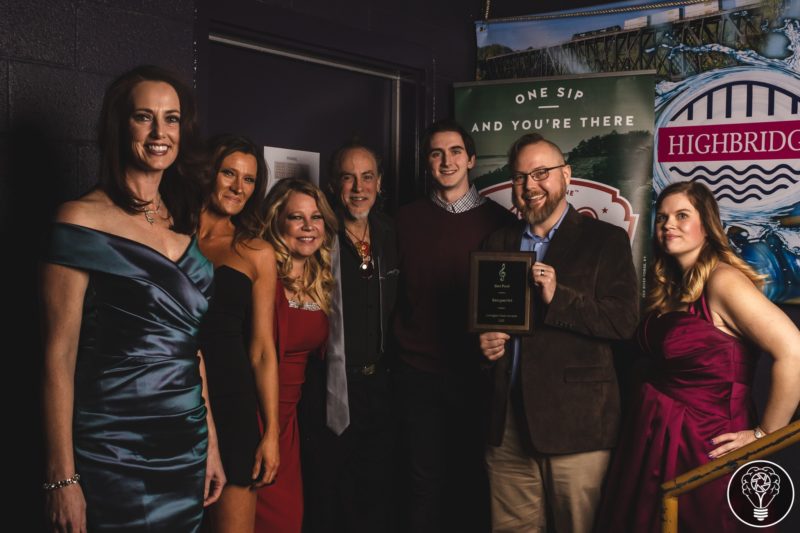 January isn’t even over yet, and 2020 has already been an eventful year for us. Get ready for yet another “highs and lows” blog post! This is becoming a pattern, but I dare say each win far outweighs the losses.

Due to their work and school schedules, Jeremiah and Daniel had to step down from the band. Just as we were gaining momentum again as a four piece, we hit another speed bump. Playing with them made a huge difference for my mental health and overall optimism about the band.

There was no doubt between Chase and I that we would keep moving forward as a band, though. I called on my friend Justin Haglund (ex Jockey Onassis) to fill in on bass. Justin may join us full time, depending on his family commitments. For now though, he’s doing a great job holding down the low end. He and I had some stimulating conversation on the long drive to Oak Ridge, TN for his first gig.

Despite losing the Floyd boys, we made a huge step forward at the 2020 Lexington Music Awards. For the first year ever, the LEXIs included a category for Punk. I lobbied for the awards to recognize the punk scene in this region for several years. Therefore, it was a huge deal for us to co-win the first award with our friends Them God Damn Bangs. It may have been a tie, but we still got a plaque, and it’s now hanging proudly in the Practice Lair!

I feel particularly vindicated by this award. I’ve always maintained that music shouldn’t be a competition (the “battle of the bands” concept is particularly lame). However, I look at the LEXI Awards differently. Anyone can vote to nominate an artist, but after the nomination process, local artists themselves actually vote for the winners.

Back to my roots – acoustic video

When I first started ‘vivi, I got my feet wet by posting acoustic covers and originals on our Youtube channel. I took a break from performing music for a year after my son was born. Since I was out of the loop on booking shows, I spread the word about my new project with these videos.

Lately, I’ve been learning how to edit video in Adobe Premiere Pro, as well as experimenting with new lighting and filming ideas. This week, I dropped an acoustic performance on Youtube and Facebook of our song “Get Hyped” from Can’t Please Everyone. I spent a whole morning setting up some white sheets and lights in my basement, in order to bank a few songs to drip out over time. Unfortunately, I was rushed. I wasn’t happy with the initial performance on this song, so I decided to redo it upstairs in my home office. The banter I had filmed downstairs still made the cut for the intro and outro. I added some snarky comments and little images throughout, mimicking one of my favorite Youtubers Finn McKinty, aka the Punk Rock MBA.