We’re Back, And We Brought a Plus One! 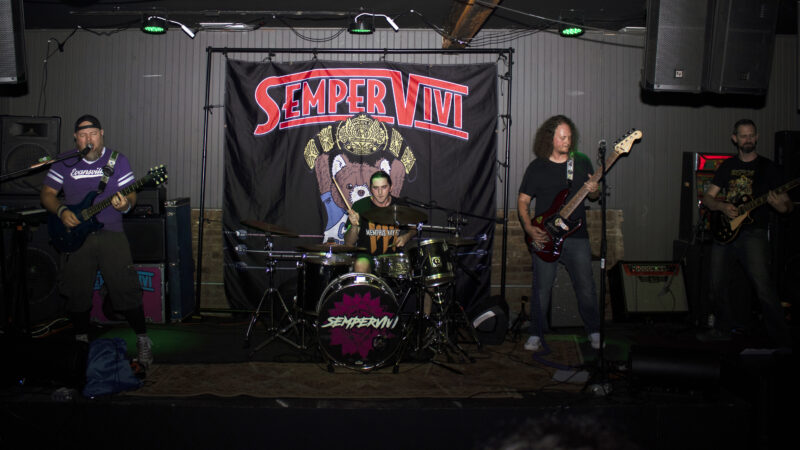 We are long overdue for a blog post. Since the last time I posted, lots of exciting developments have happened in Camp Vivi. Once we all were vaccinated this Summer, we returned to rehearsing in person. Finally! We then played a show at Lynagh’s with our pals Cindy. We had two other shows booked for August, which unfortunately fell through. September has thus far been very good to us, though! Read on to hear about our new member and rad recent performances. 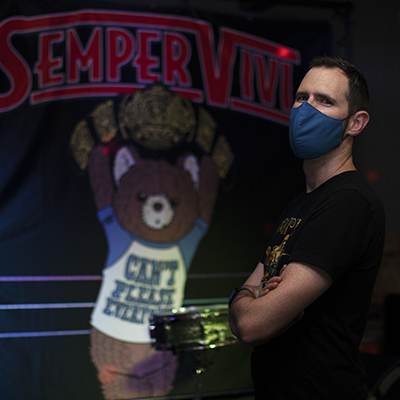 We have added a second guitarist! Mandeville, aka Mando, is Chase’s cousin-in-law (yes, you read that right). We had planned on auditioning another guitarist for awhile, but didn’t have any prospects. Chase recommended Mando, who had moved to Lexington last year, and was itching to get back into a band. Turns out he’s a quick learner! He auditioned, did a one-on-one guitar session with me, and played one rehearsal, then joined us on stage for two shows back to back – all in less than two weeks! We played Al’s on Friday September 10th, then Portal in Louisville September 11th. None of our friends in the crowd could believe he picked up the set that quickly.

Both shows went really well, and we sold a lot of shirts. We played with our friends Reckless Threat from Knoxville both nights. The second show was a release party for some other pals, Scrooge Mandella. We debuted a new song “Prosthetic Reflections” (I really can’t come up with a better name), and played a cover of Rancid’s “Fall Back Down” that the crowd moshed like crazy to. That was actually a first for us, and it was wild! Belushi Speedball’s set in Louisville was even wilder. Belushi did a Rick and Morty themed set, and by the time it was over, trash was everywhere. They cleaned up afterward, though.

Wild Times On The Horizon

So now we have two shows under our belts with our expanded lineup. I’m really hyped for what’s on the horizon! Having a new member in the band has really inspired us all. Collaborating with Mando and Justin on new guitar parts has been a lot of fun thus far. We’ve booked a few shows for this Fall, including a huge Halloween party we’re throwing at Lynagh’s. We are working on a few spooky covers, and I’m going all out with my Macho Man costume. Oh Yeah!